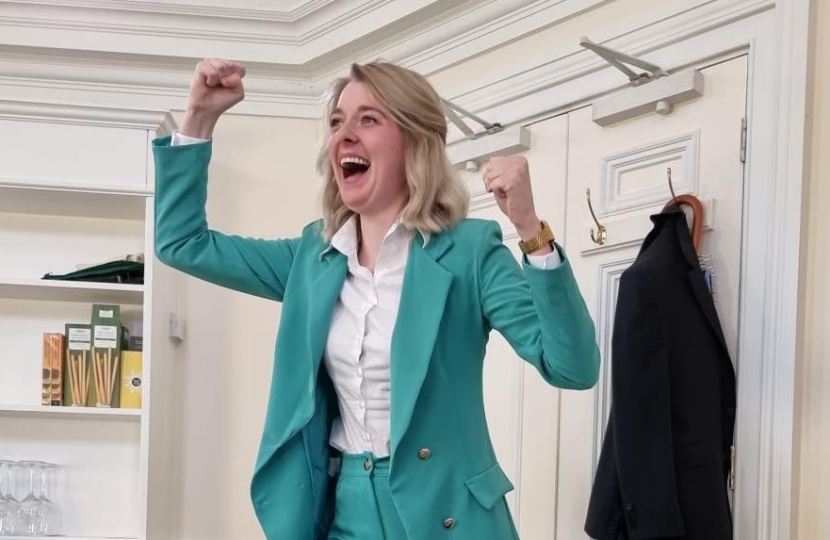 Dehenna Davison MP has welcomed the Spring Budget which provides billions of pounds to support businesses and families through the pandemic, delivers on the Conservatives’ promises it has made to the British people and invests in the UK’s future economy.

On Wednesday, the Government set out an ambitious plan that focuses on supporting people and businesses through this moment of crisis – well beyond the end of the roadmap – to ensure they have the security and stability they need.

At the heart of the Budget are measures to build our future economy, levelling up across all regions of the United Kingdom and spreading opportunity everywhere.

As part of the Government’s commitments to fund the nation’s priorities, the Budget confirmed:

“Today’s Budget provides businesses and families in Bishop Auckland with the support and reassurance they need to get through the pandemic.

“With £407 billion of support for families, jobs and businesses, it is right that the Chancellor is honest with the British people about our public finances.

“At the same time, I was elected on a commitment to level up communities like ours, and I am thrilled that this Conservative Government is now making good on that promise. Moving the Treasury to Darlington and the creation of a fantastic new freeport in Teesside will create local growth and brilliant local job opportunities for local residents, giving more people the chance of a better life. This is exactly what I came into politics to do."

“Being a born and bread north east business leader with our business that has its roots in the north east, yesterday was a fantastic budget announcement for the region. The north and Tees Valley in particular has been crying out for investment after the challenges it has faced over the years and particularly during the last year with Covid. It has filled the area with such optimism and is fantastic to see real investment and huge job opportunities.”

“Throughout this pandemic, my top priority has been to protect jobs, businesses and livelihoods. Today’s Budget reaffirms this commitment, with £407 billion to support the British people this year and next as one of the largest, most comprehensive and sustained responses this country has ever seen.

“It is thanks to successive Conservative governments that we have been able to respond to this crisis as boldly as we have. But we need to be honest about the challenges facing our public finances, and how we will begin to fix them.

“As we look ahead, this Budget lays the foundations of our future economy – driving up productivity, creating green jobs, supporting small businesses, and levelling up across the entire United Kingdom”.

Supporting people and businesses through the pandemic:

Being honest about the need to fix the public finances…

Strengthening all four parts of the United Kingdom…