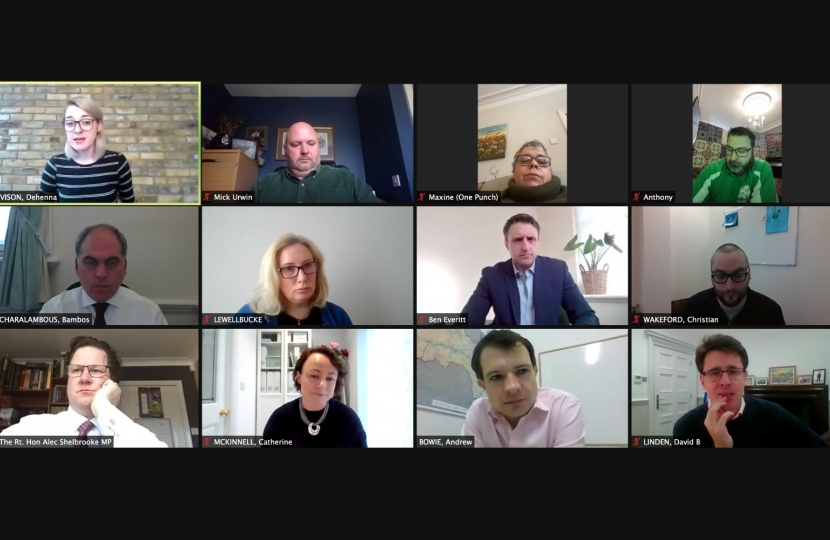 The 27-year-old has this week launched the All-PartyParliamentary Group for One-Punch Assaults, aiming to examine sentencing and the impact on surviving victims and the families of those killed.

Marking 14 years since the death of Dehenna Davison’s father, who was sadly killed after a life changing punch was thrown, the Bishop Auckland MP has chaired an inaugural meeting launching plans for an investigation into one punch assaults and the sentencing around them. The All Parliamentary Party Group (APPG) will seek to both understand why so many feel a deep sense of injustice after sentencing, and, ultimately, to change the law to fix that.

“I am really excited to be officially launching the APPG today. We will be inviting in victims who have life-changing injuries, the families of victims who are no longer with us, perpetrators, judges, lawyers of both sides, investigating police officers and anyone else with a really relevant interest in this.

“Every time I have spoken to victims or the families of victims there is a sense of burning injustice and I really want to get to the bottom of that. The work of the APPG will have such a huge impact on the lives of many families.

“I am grateful to the members from across the House who joined me to officially launch the APPG and support my plans to improve the lives of victims’ families across the UK.”

The Conservative MP, who took the Bishop Auckland seat in 2019 after almost 90 years of being held by the Labour party, has spoken previously in Parliament about her father’s death, using her platform to thank the medical staff who "fought valiantly" to save her dad and raise awareness of the real impacts of violence.

“Yesterday morning I was pleased to join my constituent Maxine Thompson Curl founder of One Punch North-East and her husband Tony Curl at the inaugural meeting of the APPG for One Punch Assaults.  As an officer of this new group I am looking forward to working with Maxine, Tony and others pushing for change and raising awareness of the devastating harm that can come from one punch attacks.”

Whilst there are no official figures are available on one-punch deaths, the campaign group One Punch Can Kill has recorded more than 80 fatalities since 2007. The APPG will hear from victims, victims’ families, lawyers for the prosecutor and defendant, judges and police officers to shape the next steps to shape a new policy around one punch assaults and cases.

“One Punch UK are very excited to be working alongside Dehenna Davison MP & APPGOP we have been working hard for a no. of years to work within parliament, But now and with Dehenna having a person connection we believe we will start to make some headway.”

the dangers that violence can cause.

The APPG has already began on work to raise awareness of the impacts of violence and is asking for victims to provideevidence to their inquiry. Anyone who has been effected by the impacts of one punch assaults and interested in participating in the inquiry are advised to contact Dehenna.davison.mp@parliament.uk